We visited Supermicro EMEA Innovate in Berlin on October 11th 2019

Our team attended the Supermicro conference held in Berlin on October 11, 2019. Supermicro invited experts from its US and European ranks to reveal news to more than 600 participating Supermicro partners, including the ANAFRA team. 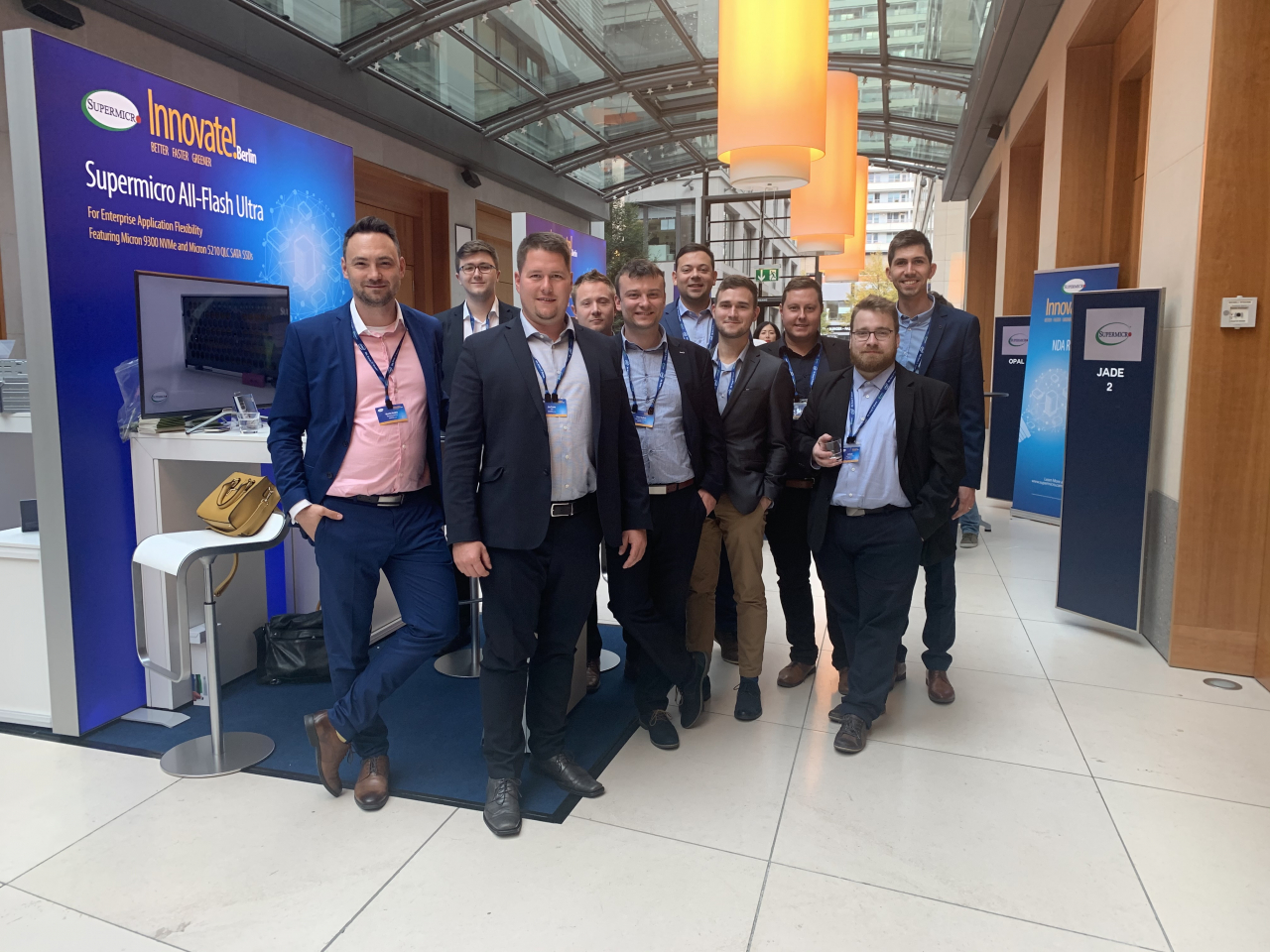 All participants were greeted by Perry Hayes, President of the European Supermicro Division, who summarized the company's growth in both the last year and on a historical level. Subsequently, Vik Malyala, application engineer and business developer for Supermicro, took the floor to discuss the constantly evolving data center infrastructure, new optimization platforms and the direction Supermicro wants to help the environment through its We Keep IT green program. This was followed by Don Clegg from San Jose, senior vice president of the global business team and Michael McNerney, vice president of marketing, to unveil new strategies for saving resources and relieving pressure on the environment by a growing number of datacenters around the world.

Following was a small coffee break, after which the lectures were divided into three halls, where experts from around the world spoke about a range of innovations in a variety of technology sectors, from storage systems to GPU systems for common signal transcoding to complex AI and neural network computing servers, also complete data center infrastructures. Participants could hear and even take pictures of the blade and twin architecture portfolio. Supermicro also invited partners from companies such as Intel, Canonical, Pansas, Western Digital and Red Hat.

Meanwhile, Sheshaprasad Krishnapura, the Intel CTO, gave a very interesting piece of information - several large Intel datacenters are completely packed with the Supermicro Blade infrastructure as an ideal solution for saving resources and maximizing computing power. So it was a pleasant surprise that Intel and Supermicro are working together to such an extent. Attention was also paid to the new trend and development of disaggregated servers, where parts of the server are modular, which again brings both financial savings and reduction of carbon footprint and waste.

Lecturing experts also focused on the development of edge computing, and participants had the opportunity to hear about the development of 5G networks, smart cities and the increasing need for IoT technology. In conclusion, of course, AMD technology fans could not miss a lecture on this increasingly popular server platform based on AMD EPYC ROME processors. Everyone also had the opportunity to talk freely to the most busy Supermicro leaders and to gain a lot of know-how and inspiration.