Processors, also known as CPUs, are the brains of every home computer as well as every server. We recommend Intel Xeon for Supermicro systems. If you need help selecting a suitable processor, please contact our team of experts.

Designed for applications of all types - including data center applications - AMD EPYC processors match the performance of Intel's most powerful processors. They are built on AMD's latest ZEN microarchitecture, which uses new manufacturing processes to achieve maximum performance at competitive prices. 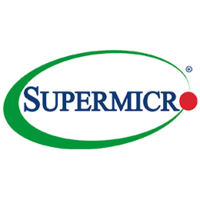